Creatine is an amino acid which the body manufactures in the kidneys, pancreas and liver, but which the body can also get from meat, fish and other seafood in the diet.  It is converted to creatine phosphate and stored in muscle tissue. When the body needs energy, especially in intense exercise like running, high jumping, sprinting, weightlifting, or fast cycling, the creatine phosphate is converted to adenosine triphosphate or ATP.  This is used by the body for muscle movement.

Creatine as a supplement became popular many years ago when bodybuilders and atheletes realised that it really did enhance their physical performance.  It is now widely used by sports people of all kinds, and is completely legal to use – the IOC and other sports bodies allow it. (This may be because, as a natural substance in the body, supplementation could not be easily detected anyway.)   As well as improving strength and building muscle, and supporting bursts of high energy activity, creatine also makes for faster recovery after exercise.

The most common form of creatine supplement is a powder, but many other forms of supplement are available – drink mixes, chews, energy bars, capsules, tablets and drinks.

Creatine suppplementation is also prescribed for heart failure, depression, diabetes, skin support, muscle inflammation, muscle cramps and following many surgical procedures. However, the only solid evidence for the utility of creatine so far is for support of muscle building and athletic performance.

Medline says that even there the evidence is inconsistent:

People who have naturally high stores of creatine in their muscles, those who used to be called ‘natural athletes’ may not benefit from creating supplements at all.

However, for those recovering from heart disease or heart failure it was found that creatine supplements increased the amount of exercise they were capable of taking before they had to stop, compared to a placebo.  (2)

One interesting study of interest to vegetarians and vegans found that non-meat eaters showed better performance in memory tests when taking creatine (5g/day)  compared to those getting a placebo. It was not clear if the enhancement persisted as long as the supplement was taken, or if it tailed off as time passed. The effect was thought to be due to the energy-intensive nature of demanding brain activity. (3)

A later study found that a 20g/day dose of creatine improved memory for vegetarians, over a period of 5 days.  (4)

How is supplemental creatine made?  It is a synthetic product, manufactured from sarcosine and cyanamide. The crystalline creatine is ground into a powder.  (5)  The finer the powder, the more easily it can be mixed into a drink. 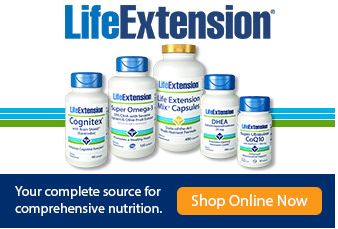